THE WOMEN THAT MAKE METROPOLITAN SECURITY WORK IN LEBANON

Since its Inception, Metropolitan Security has believed in the importance of the woman’s role in society, her potentials and her ability to excel. Women play an important role at Metropolitan Security, playing key-roles in every department. In the management offices or as security guards all over the country, they are an example of professionalism and they have always been part of every success in the company. 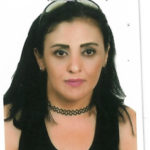 Hayat is 45 years old, a mother of 4 children employed at Metropolitan Security since June 2020. Hayat starts her work shift from 15:00 until 23:00 she is organising the Tele Liban’s employee entry and exit. In  parallel to her devotion at work , Hayat fulfills her duties as a mother and housewife. 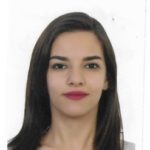 Maysa is 25 years and started working at Metropolitan inMay 2018. She receives visitors at the embassy; and she undergoes their security checks in accordance with the embassy regulations. 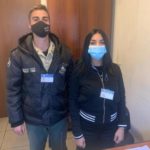 Sara works as security guard since August 2020 at a bank, she ensures that the branch’s clients respect the bank’s regulations. 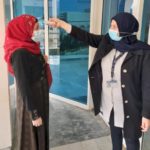 Rima is 43 years old, and has worked as a security guard at Rafik Hariri Hospital since January 2011. She works at the newborn ward where she hears babies’ first cries sometimes before their parents, therefore since being hired she witnesses the beginning of new lives during her work shifts. 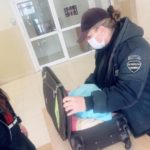 Not to forget Aya, 31 years, Soumaya, 32 years  and Nahed, 60 years old who are securing a university dormitory where they make sure all the rules and regulations are respected meticulously to ensure the students’ security.

Metropolitans Security is committed to defending the woman’s role in society, rooted a a firm belief that men and women have equal rights at work.